Did any of you watch BBC journalist Lyse Doucet’s brilliant film on Afghanistan on BBC last night? It made me want to rush off and ski in Bamyan the valley where the famous Buddhas were blown up by Taliban. I felt quite nostalgic about Bamyan when I saw the programme. I was there for a week back in April 2005. The valley was blooming with apple blossom and in that beautiful clear light it felt like Shangri-la.

Lyse Doucet’s documentary was a wonderful contrast to the wham, bam wallop documentaries on Helmand and military. I cheered at her clever (and brave) questioning of the Governor of Kandahar – pity we couldn’t hear his answer when she tackled him about his reputation for drugs and corruption.

In addition to going after Osama bin Laden and getting rid of Taliban one of the main justifications for the UK and US and the rest of the international community going in to Afghanistan was clearly spelt out by world Leaders. The rights of Afghan women loomed large. I know from my own boots-on-the-ground time in Afghanistan how much this had cheered and encouraged Afghan women.

Are they about to be betrayed? In talks with Taliban how are the international community and Afghan Government making sure women fully participate at all the peace talk tables in line with UN Security Council Resolution 1325?
Write to your MP, the Prime Minister David Cameron and Foreign Secretary William Hague and demand that in all peace talks with Taliban Afghan women must also participate. There are plenty of Afghan women’s NGO leaders who could participate. No talks without the women’s full and equal participation.

When people talk of reconciliation with the Taliban, should we not ask who they intend to include? Women need seats at the table when negotiations take place. Otherwise it's hard for women to believe that Taliban re-integration is sincere and not a charade for foreign observers which will dissolve the minute troops withdraw. Women’s participation is fully in line with UK government policy to implement United Nations Security Council Resolution 1325 which calls for participation of women at all levels of peace talks and with the similar European Parliament Resolution - Gender Aspects of Conflict Resolution and Peacebuilding A5-0308/2000. 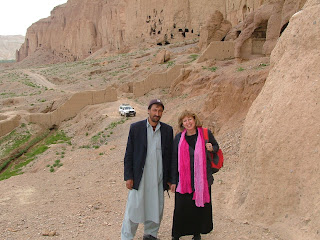